From Ivory Tower to Prison Tower: How Scientists can Engage the Science-Unengaged

Seminar presented by Nalini Nadkarni, Professor, Department of Biology at the University of Utah.

Scientists are increasingly concerned with the growing distance between science and the “science-unengaged”, people who do not or cannot gain access to traditional science education or who lack exposure to the scientific enterprise. Scientists can play critical roles in engaging these underserved groups. As an example, I describe a set of scientific results from my own field of rainforest canopy ecology. I then describe my strategy of linking the ecological values of trees with existing values of unengaged public groups, e.g., faith-based congregants, artists, urban youth, and fashionistas. Since 2004, I have also brought science lectures, conservation projects, and nature imagery to the incarcerated.  This project, which intertwines basic science research and researchers with social justice issues, has resulted in synergisms among academia, conservation, and corrections institutions around the country. 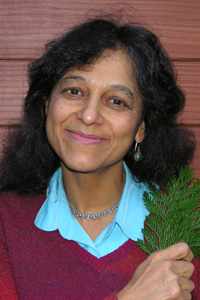 Dr. Nadkarni is a Professor of Biology at the University of Utah. She is a forest ecologist who has studied rainforest canopy organisms and interactions in rainforests of Costa Rica and Washington State, supported by the National Science Foundation and the National Geographic Society. She has also innovated science engagement programs that have led to collaborations with visual artists, modern dancers, religious leaders, rap singers, and prison wardens, which have raised awareness on the importance of trees to people in all sectors of society. She has given two TED talks and numerous endowed lectures. Her work has been featured in journals ranging from Science and Nature to Glamour and Playboy Magazine. She has received national awards, including a Guggenheim Fellowship, the AAAS Award for Public Engagement, the William Julius William Award for Achievement in Social Justice, the Archie Carr Medal for Conservation, and the National Science Foundation Public Service Award.

SESYNC seminars are open to all interested attendees. Join us in Annapolis!

The National Socio-Environmental Synthesis Center, funded through an award to the University of Maryland from the National Science Foundation, is a research center dedicated to accelerating data-driven scientific discovery at the interface of human and ecological systems. Visit us online at www.sesync.org and follow us on Twitter @SESYNC.

There are no events available at this time.