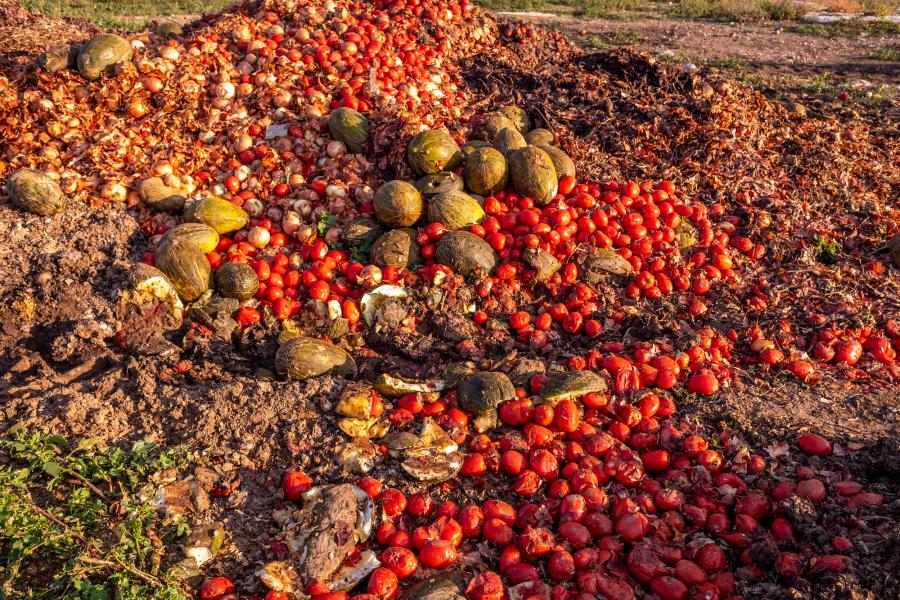 ANNAPOLIS, Md – Simply cutting avoidable food waste in the United States by 50% could be almost as beneficial to biodiversity as switching the entire United States’ population to a planet-conscious diet, a new study finds. The study, conducted by researchers at the University of Maryland’s National Socio-Environmental Synthesis Center (SESYNC), appears today in Proceedings of the National Academy of Sciences.

Lead author Quentin Read—who conducted the research while at SESYNC and who is now a statistician at USDA’s Agricultural Research Service—says, “Food waste has been a hot topic for a while, but it's time for us to really get serious about reducing it. People working in both the food space and the conservation space can point to our study to make the connection between food waste reduction and preserving biodiversity.”

Humans’ conversion of much of Earth’s most productive land to agricultural land has resulted in some plant and animal species going extinct, while others are in a “death spiral”—their remaining natural habitat is just too small to sustain viable populations. As food production’s land and biodiversity footprint expands in the United States and worldwide, the problem is only getting worse. Thus, it's important to assess the potential benefits—and trade-offs—of possible societal actions that could reduce the food system’s impact and allow ecosystems and the threatened species they support to recover. In this study, researchers explored two of the most promising actions: food waste reduction and diet shifts.

To evaluate these activities, the authors synthesized multiple models of the United States food system. Together, these models estimate economic inputs and outputs, land-use footprint, and threats to biodiversity. Accounting for both domestically grown food and imports from foreign countries, the researchers predicted potential changes to biodiversity threat under scenarios of populations reducing food waste and shifting to recommended healthy and sustainable diets.

Read coauthored the study with Mary K. Muth, Senior Director, Food Economics & Policy at RTI International and Kelly Hondula, formerly of SESYNC and now a postdoctoral fellow at Arizona State University. They found that switching to planet-conscious diets would reduce threats to biodiversity, but these benefits would not be distributed equally around the globe. In particular, shifting to recommended sustainable diets would require higher consumption of fruits and nuts from biodiversity hotspots both within and outside the United States. In contrast, food waste reduction would benefit biodiversity regardless of location. In fact, cutting food waste in half would reduce threats to biodiversity caused by U.S. food consumption by 18%.

Read says, “I'm excited about this research because it makes a strong connection between two big messages. The first message is that reducing food waste will deliver huge benefits for the environment and society—benefits that way outweigh any drawbacks. The second message is what we've known and what conservation organizations have been saying for a long time: that to save biodiversity, it isn't enough to just try to conserve more land. We also need to reduce the pressure we're putting on the land by reducing our demand for food.”

Because diets are so culturally entrenched, food waste reduction is likely easier to achieve than large-scale diet shifts. The research suggests it would be much more palatable to invest in food waste reduction to shrink the land and biodiversity footprint of the food we eat.

Muth says, “The results show that reducing food loss and waste is a necessary requirement if we want to simultaneously improve diet quality and reduce the environmental effects—including impacts on biodiversity—of the food system.”

The research was supported by NSF (DBI-1639145). This material is based in part upon work supported by the National Science Foundation through the NEON Program.